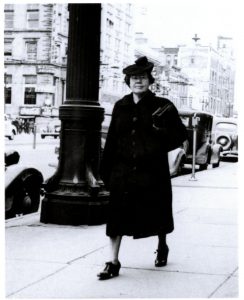 After the move to Salt Lake City, Nellie attended the University of Utah and upon graduation taught school for a number of years. Later she held the position of office manager with both Gardiner and Adams Clothier and Mullett-Kelley Co. In l928 she went to work in San Francisco when the store she worked for folded during the depression. Nellie lived in a boarding house for awhile and then around l932 moved to picturesque Sausalito across the San Francisco Bay where she lived for about two years. There is a beautiful watercolor painting of San Francisco bay near Sausalito painted by Nellie. Her sister Alice L. wrote a letter to her brother Alpha and wife Mary in Idaho, relating the experiences with her brother and sisters traveling to San Francisco to visit Nellie. They reported that she was homesick. In spite of the homesickness she stayed there until work opened up in Salt Lake City. On her return to Salt Lake she was credit and office manager with the Herbert I. Michael,Inc., an exclusive clothier store. The store was located on So Temple and State east of the Beehive House. 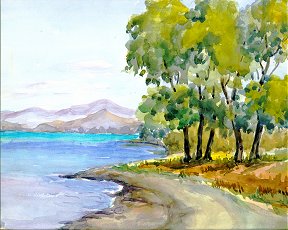 Nellie led an active life as she enjoyed hiking and belonged to the Wasatch Mountain Hiking Club and joined in the over-night hikes. Alice Thomas recalls hiking with her and said she thinks she was about the first women in Salt Lake to wear pants. Alice Thomas called her the rebel of the family and thought she took up smoking at one time. She was also interested in gardening and could name all the varieties of plants and flowers. To me it seems like she enjoyed a wide variety of activities so that she led an interesting life. She was also a member of the same Federation of Professional Women’s Club in which her sisters Alice and Flora were members. They must have been a dynamic trio with their strong personalities, educated minds and the will and ability to speak what was to them important and I imagine it was mostly women’s rights as attested in the speeches that are in the newspaper articles in which Alice was the speaker.

I have told you some of the facts about the life of Nellie and now I must try and explain her unique and beautiful, artistic talent of watercolor painting. I say just watercoloring, but she was proficient when painting in other mediums as well, such as oils. She concentrated more on the art of watercoloring so she must have enjoyed that medium best or maybe it was because she painted more effectively in that field. Her paintings are mostly landscapes, with a realistic view.”  Bring back your memories of a special moment with these paintings. 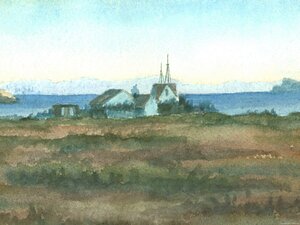 Also Nellie was taught by:

This site is dedicated to Alice Estelle Whipple and her Aunt, Nellie May Manning.

Get Updates by Mail